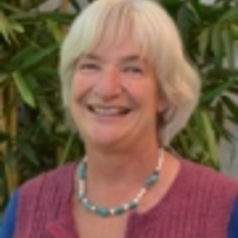 I have worked for 40 years in applied Economic research and teaching. Over the years I have taught a wide range of undergraduate subjects but with a particular focus on Labour Economics, Microeconomics, Public Policy and Research Methodology.

I have supervised numerous PhDs and acted as the coordinator of the Postgraduate Research degree programs in The Faculty of Business, Government and Law at the University of Canberra. In this role I provided academic and general support to post-graduate students.

My research interests have focussed on the position of women, migrants and Indigenous Australians in the labour market. Studies have included the gender pay gap, the interaction between work and the welfare system and the economic disadvantage of Indigenous Australians. I have conducted research based on both desk-based and primary-data collection.

I believe there is more to Economic research than running regression models. My current research projects include an evaluation of the Galambany Circle Sentencing Court for Indigenous people in the ACT, a consultancy project for the Commonwealth Department of Education on the private rates of return to a university degree in Australia and a study of the skill differential in Indonesia.