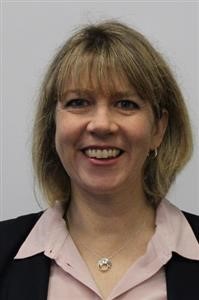 Gillian is a Principal Adviser in the Tax Analysis Division at the Commonwealth Treasury.  This role involves overseeing the provision of high quality quantitative analysis to the Government on all aspects of the tax system, including work that involves estimating the revenue implications of policies.

Gillian’s expertise lies in microsimulation modelling and data analysis and her career has focussed on roles in this area.  Prior to joining Treasury, Gillian spent four years at the Department of Social Services (DSS) where she lead the development of a new microsimulation modelling capability and she also oversaw work on a new actuarial approach to identifying the likely lifetime costs to government of welfare recipients.

Prior to her time at DSS Gillian worked in the Treasury on a number of high profile packages including the Household Compensation Package for a carbon price and the government’s fiscal stimulus response to the Global Financial Crisis.

Gillian began her career at the National Centre for Social and Economic Modelling (NATSEM) and has also worked in a quantitative role at the Department of Work and Pensions in the United Kingdom.

Gillian is passionate about developing and mentoring staff and has a demonstrated commitment to assisting women with their careers.  She was the inaugural staff representative on the Treasury’s Inclusive Workplace Committee which oversaw the Progressing Women Initiative at Treasury.

Gillian holds a Bachelor of Economics degree from the Australian National University.